It's in the mystery of God that we find real hope… 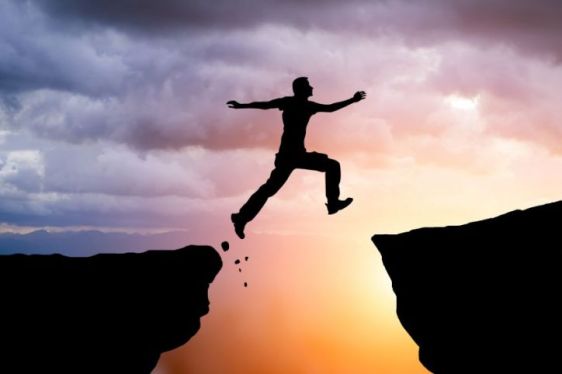 As many of you know, for me this past couple of weeks has been nothing short of grimm.  It’s been difficult, but it’s also been wonderful.  This morning I spent some time milling over something incredible that I believe God has shown me about my faith.

Just to recap my week, it started off with feeling so sick that I literally passed out.  It then moved to a family situation that struck me to my core as I realized how much I’ve failed as a father and husband.  My week then moved forward into a situation completely out of my control that cost me quite a bit financially.  And to cap it off, I found myself dealing with these crises by indulging in food and looking at things I shouldn’t have on my computer.  Yes, it’s been a very hard week.  But God was always there.  His faith demanded faith on my part.

Sandals Church had an annual staff retreat that allowed me to refocus my life and begin a new chapter of faith.  But faith has begun to change for me.  I’ve always defined faith to look something like this.

I’ve always viewed faith as something that is tied to the fact that if I believe hard enough, strong enough or just plain old enough, THEN God would decide to move on my behalf.  Have I ever been so wrong!  And maybe you’ve believed something similar.

As I prayed this morning, I was taken to a passage of scripture that most of us are probably familiar with.  And if you aren’t familiar with it, you may look at it and say, “See, we have to have faith in order for God to move.”  But there’s a flaw in that argument because God is continually moving in our lives.  He never stops.  He doesn’t sleep.  He is always working on our behalf because He loves us.

“But Jon, does that mean I don’t have to have faith in order for things to happen?”  NO!  It means that faith might have a radically different meaning than you and I might think.  Here is the verse that God brought me to.

James 1:6-8 “6 But when you ask him, be sure that your faith is in God alone. Do not waver, for a person with divided loyalty is as unsettled as a wave of the sea that is blown and tossed by the wind. 7 Such people should not expect to receive anything from the Lord. 8 Their loyalty is divided between God and the world, and they are unstable in everything they do.”

What an encouraging set of verses!  But something stuck out so hidden yet so obvious to me.  It’s found in the very last verse, “Their loyalty is divided between God and the world, and they are unstable in everything they do.” Faith isn’t simply about what God will do for us, faith is about what we will do in our situation.  And I’ll repeat it again, God is always at work, even when our faith is weak or non-existent.

Please know that I’m not saying we all just need to pull up our bootstraps and work really hard in order for God to work.  HE IS ALREADY WORKING.  What I am saying is that our unbelief drives our faith and our actions.  If I lack faith, it will drive everything I do.

I have a very close friend who is in a situation that he believes will never change.  I have told him time and time again that nothing is impossible with God and that his lack of faith is impacting his walk with God.  But, I continue to hear excuse after excuse…

Over and over I hear excuse after excuse why God won’t be able to work in his circumstances.  The truth of the matter is that his lack of faith has rendered him sterile and not the God he serves.

Friends, a lack in faith doesn’t put God on the back-burner.  A lack of faith doesn’t cause God to say, “Oh well, if you believed enough I’d be there for you.”  No, a lack of faith causes you and me to give up on our situation.  We actually begin to believe that things will never change or that we aren’t spiritual enough for God to work, causing us to halt our own walk in faith.

Want the real truth?  Not one of us has enough faith to make God move because He is already moving.  However, all of us can move with God in our circumstances.  The key here friend is that we move; and it always begins with where our minds are at.  If we don’t believe, if we don’t have faith, then we will be like a ship tossed around on the ocean.  If we wait around for God to do something, then we’ll be waiting for a really long time.  God is waiting for you and I to begin believing that He is already at work.  He is patiently asking us to begin putting one foot in front of the other and walk out our faith.

If you answered yes to these three simple questions, I believe you have the faith it takes to move mountains.  God is in the business of restoration, healing and changing circumstances for the better.  I think He might just be waiting for you to take the first step of faith.

Who is big fog?

It totally encapsulates the way I see God; like a big fog.

Over the years, I have found that God is a total mystery. He moves in the craziest ways, always with perfection and always with grace, but in absolutely unexpected accuracy. I happen to like that, but most people don't and for good reason...

We all want to know what's going to happen next, don't we? God, will I get that job? God, are we going to move into a new home soon? God, will my mom accept Jesus? We want to know, it's in our nature. So big fog was born.

Yes, it is me, Jon Brown, but it's more than me. It's the way God moves in and out of our lives. My hope is that some of these thoughts, provocative at times for sure, will help you see God in the midst of a big fog. He's in there, He loves you and He does meet us where we're at... often in the fog.

Hope To
All Things New

Adventures of Ministry in SE Asia

Cruising with the Callison

The Power of Story

It's in the mystery of God that we find real hope...

God is Holy. God is Just. God is Love.

4 out of 5 dentists recommend this WordPress.com site

Real with Ourselves, God, and Others